Influencer Marketing Trends You Can’t Miss Out On In 2022

Let’s just make it clear at the outset, Influencer marketing works wonders for brands and it is going to get even bigger.

But what new trends will take over in the world of brands collaborating with influencers.

So, without wasting anymore time, let’s dive straight into the influencer marketing trends for 2022.

Rise of Nano and Micro-Influencers

Brands are showing a renewed interest in Micro-influencers. Why? There are two reasons for that:

The Arrival of CGI Influencers

CGI, as you might be aware, stands for Computer Generated Imagery. CGI influencers have arrived on the Social Media scene and they’ve been projected to make it big in the coming years.

CGI influencers aren’t real people but they seem so real that it will be hard to believe if you look at them for the first time. These influencers are created by teams of designers, programmers, and social media managers.

Here’s a picture of a CGI influencer. They look so real, don’t they?

If you are looking for genuine engagement on social media, interactive content is the way to go. When it comes to Influencer Marketing, live shopping has taken over.

Shoppable live streams are sure to keep growing. So, brands that want to sell their products can benefit greatly from tapping into these live shopping trends.

For instance, some influencers talk specifically about Health & Wellness while some might create content on Movies and TV shows.

The reason why brands should prefer to collaborate with these influencers is that they have a deeper connection with their followers.

In the beginning, brands used to collaborate with influencers on a project basis. They would come together for a campaign, reap the benefits, and would rarely collaborate in the near future.

Today, we can now see a massive change in how brands work with influencers. Brands are now focussing on building long-term partnerships with niche influencers rather than one-off projects.

The primary reason for this is that brands are beginning to understand that it will take time to make sales. Even the most followed celebrity influencers won’t start giving leads out in a very short span of time.

So, if your brand is looking to get sustainable returns from Influencer Marketing in 2022, long-term collaborations are the way to go.

Followers! Followers is a term that has taken an entirely different meaning in the world of Social Media. It is how influencers are judged and even classified into Nano, Micro, Macro, and Celebrity. But we’re now seeing a massive shift towards authenticity among social media users.

The aware social media user of today won’t just get influenced by anyone with a million followers. This is a trend that brands need to be careful about.

In 2022, it would be a much better option for brands to collaborate with influencers that are somehow related to the product they sell or, at least, the industry they’re a part of.

Lack of authentic content from influencers will not only hurt the influencers but also the brands collaborating with them. Remember, social media is ruthless when it comes to calling out and boycotting fake content.

So, what are some things we can be sure of when it comes to Influencer Marketing in 2022?

Well, here are the highlights:

Brands and Social Media has been quite an interesting affair

Brands and Social Media has been a story with lots

Influencer Marketing: Does it Work?

Why Digital Marketing Is Important For Small Business? 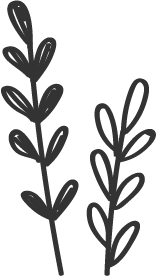 Ark Saivi is a squad of digital superheroes who understand that with every superpower comes great responsibility.

Ark Saivi is a marketing agency with a diverse portfolio of services ranging from graphic designing and web development to content development, corporate photography, PPC etc.